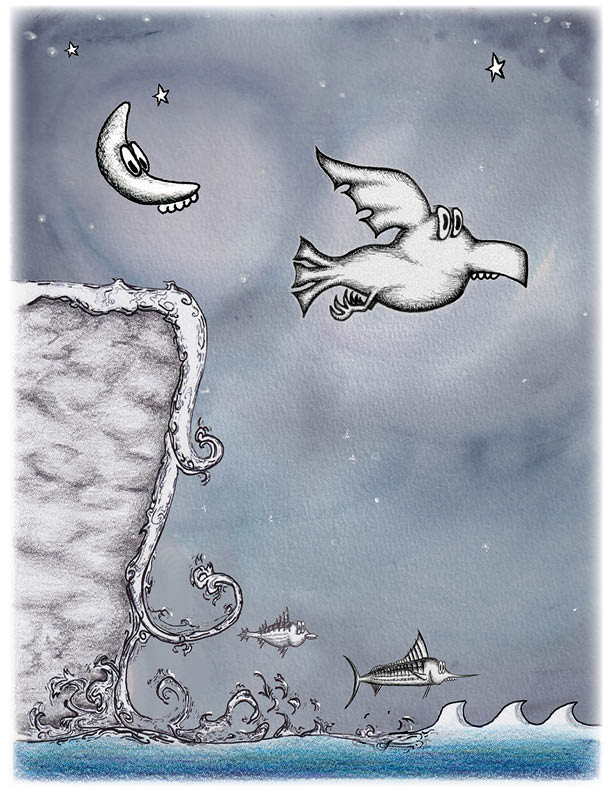 The Eye Write It Project is in the process of becoming a non-profit in early literacy.

Funds raised will provide for the materials and travel-time needed for weekly teaching sessions held at libraries, public schools, and bookstores. A fundamental mission is to make the early-reader teaching technique available to the youngest of readers in the most unlikely, hard-to-reach communities. Pilot outreach programs include a tribal school in Washington state and a newly-founded school in Tanzania.

The Eye Write It Project practices the right of freedom of expression and value of copyright. Scanning, uploading, or distribution of the material or teaching method are a violation of that copyright. The legal tradition of copyright ensures that writers and artists (and now the very youngest among us) can engage in creative works that grow and enrich our lives.

To realize the birthright of literacy for all

What is the Eye Write It Project?

Target age: Preschool-through-4th grade. The Eye Write It Project is a series of picture books without words. The early learner makes inferences from the illustrations, and is encouraged to write out these inferences in bursts of narrative prose. The Eye Write It book provides a series of stickers in the form of blank lines for unwritten sentences, just under a page wide, found in the back of the book. These (and other illustrative stickers) can be applied liberally onto the page to establish the early learner’s narrative.

Chances are likely that the early learner’s writing abilities will not yet match their linguistic skill. Here the mentor can assist the early learner word-by-word in interpreting their innate verbal acuity into written language.

(Ideally, the early learner should already be able to write out their own name. However, if this is not the case, the early learner can simply dictate the narrative which the mentor will transcribe onto the stickers. Here, the early learner will still make inferences from the illustrations and create a continuous, longer, linguistic narrative that is superimposed onto the visual story, and can be committed to memory.)

*all work from the 1st grade.

Typically with picture books, the early learner must recognize static, exact symbols of written language on a page and interpret their phonetic meaning into words. These words then bring the larger visual story into motion. But here, the early learner is able to look at a narrative picture, and tell a story at the horizon’s of their linguistic abilities, by first creating excited, easy-to-memorize statement(s), linguistically, and intuitively. They’re then encouraged by the mentor (and the possibilities found in applying stickers) to personally write-out their own narrative and insert it back onto the page, just as their imagination has already done. 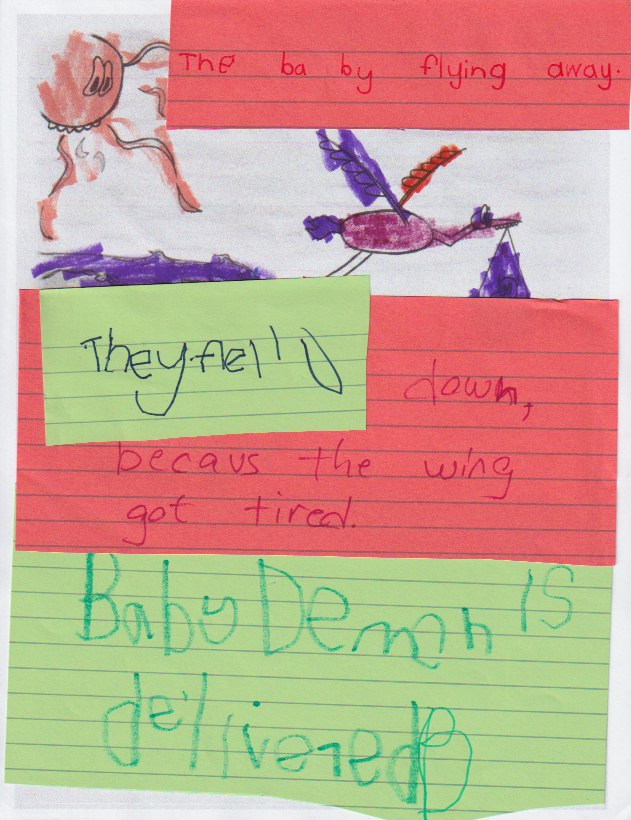 Since the Eye Write It book has a longer, single, sustained visual narrative, the early learner and mentor are encouraged to revisit early finished pages often, so that the beginning scenes inform later ones. The early learner deepens the experience of the three phases of storytelling (visual, spoken, and written) and combines them with the sustained repetition of memory. Here the end of the longer narrative can be reached. The storytelling can move quickly, if the early learner has a gushing sort of imagination. Or the journey can move slowly—at a ritual’s pace. 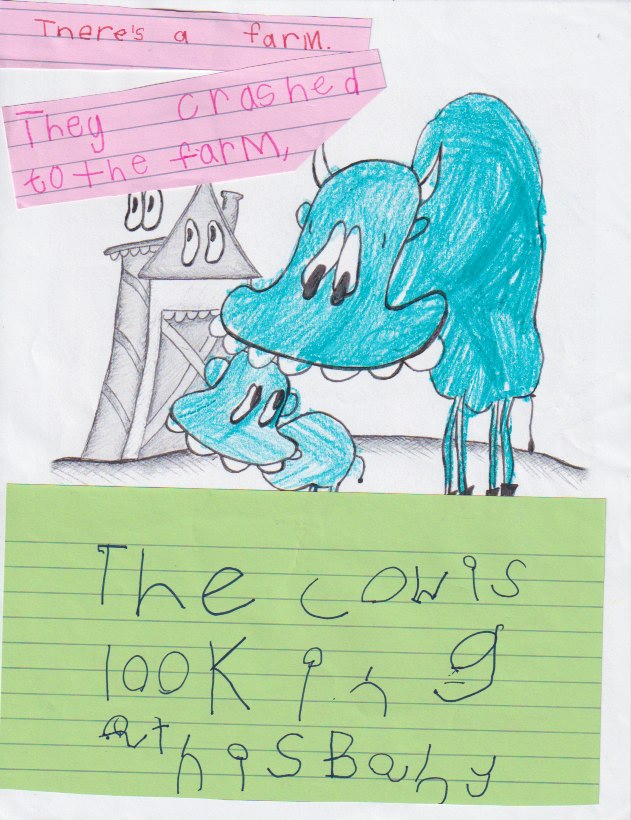 Who is the Eye Write It Project?

Chris Satterlund of Scholastic Books has been in the bookselling and publishing industry for forty years. She started her career at Scott’s Bookstore in Mount Vernon, WA and then went on to co-own The Snow Goose Bookstore in Stanwood, WA. Her special area of focus was children’s books. She took a sales rep job with Scholastic, a children’s only book publisher,  in 2007 and sells to independent bookstores across a fifteen state region.

Layne Maheu is the author of two novels, Song the Crow (Unbridled Books 2006, re-released by Chatwin Books 2021) and Man of the World (Chatwin Books 2021). His short story publications include the first chapter of a longer work-in-progress entitled Self-help in the Lucrative Field of Dreaming in ‘FictionWeek Literary Review’ Spring 2020.

His teaching career began as a Montessori School Reading Specialist, 1985, all the way to adult fiction writing classes in Seattle’s Hugo House three decades later.  His latest incarnation as a teacher was as a wood shop teacher at a Washington State tribal school, where he taught traditional storytelling through wood carving. The EyeWriteIt teaching method is a culmination of four decades of effort. With less than 3-months of practice in a formal setting, the EyeWriteIt method is in a state of rapid evolution and fulfillment.

Much is understood about how the mind reads, how the different neurological clusters in the brain turn mere squiggly lines into the complex worlds upon worlds of linguistic comprehension. Yet, “The neurology, or neuropsychology, of reading remains a relatively primitive field of research. It’s not surprising. Reading can have myriad effects on us… For a very long period [almost all of written history] most people were read to; and as children this may be our first introduction to the written word.”—Belinda Jack, Reading.

There’s also the outlier statistic: that if a child falls too far behind in reading by the third grade, already, they have a much higher chance of dropping out of school, of living a shorter life, and to suffer from low economic status. Even their inalienable right to remain in society has been decreased, one of the “Pipeline to Prison” predictors, especially prevalent in impoverished schools.

The Eye Write It target audience (preschool-to-4th grade) is crucial here, especially under the increased threat of phone usage overtaking young minds, what Harold Bloom called, before the invention of the Iphone, “the tyranny of the screen.”

Essentially the Eye Write It series offers another approach to learning the vital skills of early literacy.

It does not do the heavy lifting of teaching the phonetic alphabet, but strengthens those neural pathways by altering the order of how the written language is learned. Imagination, verbal fluency, narration, altering points-of-view, empathy, inferential reasoning, story logic, emotional continuity—all these and other skills innate to storytelling are put to the fore. First the early storyteller tells the story. Then they write it out.

Children are innate storytellers and storyhearers. Yet this unique human trait of telling is too early overlooked or even repressed under the rigors of classroom learning.

Support Neighborhood Bookstores. Here’s mine (in order of proximity):